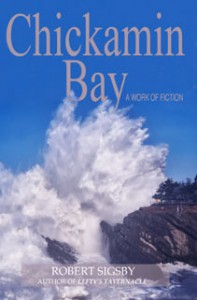 Chickamin Bay is now available for purchase! In this companion work to Lefty’s Tavernacle (see below), Jack Richards returns to his hometown to move his father, Roy “Lefty” Richards, into an Alzheimer’s center. Many of you met the colorful bartender in Lefty’s Tavernacle. While home, Jack relives many of the memories of a childhood filled with humor, tragedy, and adventure growing up in the small fishing village of Chickamin Bay. Many of the colorful characters from Lefty’s Tavernacle make encore appearances here. Characters like “Yellow Man,” “Stalin,” and the giant dowser, Frank Greene, come alive again, as do the dangers of commercial salmon fishing, and the ruggedness and isolation of the Oregon coast and its people. Years later, upon Lefty’s death, surprising revelations about the tavern owner cause Jack to reevaluate the difficult relationship he had with his father. This is a story that presents a realistic view of what life was like on the Oregon coast during the lively 1950s and ’60s. 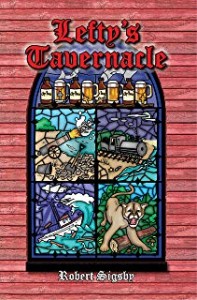 In the tradition of Garrison Keillor’s Lake Wobegone and John Steinbeck’s Cannery Row, the collection of short stories in Lefty’s Tavernacle features the interplay of quirky characters in a small town. At the heart of the Pacific Coast fishing village of Chickamin Bay, and each story, is Lefty’s Tavern, which doubles as the town church on Sunday mornings. The residents of the rugged coastal community are a rough-living, hard-drinking bunch, composed of fishermen and loggers, Indians, and Dust Bowl emigrants, who spend each day fighting for their livelihood, lifestyle, families, and town. –MORE–

TO PURCHASE E-BOOK AND PRINT: 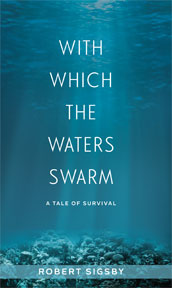 With Which The Waters Swarm is an exciting adventure tale about a herd of North Pacific Fur Seals who face extinction at a time when all international conservation agreements have been ignored. During their Great Migration Journey, this sad mix of seals must learn techniques for fighting back against the “Two-Legs” as they call men. Let the battle begin!  –MORE–

TO PURCHASE E-BOOK AND PRINT: 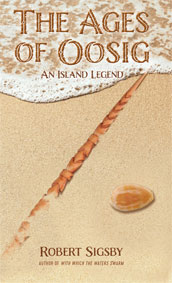 The Ages of Oosig is a wondrous fantasy of a boy growing up on the beautiful and remote Pacific Islands of Micronesia. It describes the hardships he faces, the adventures he shares, and the love he fights for. –MORE–