The Stories My Family & Friends Have Been Waiting For!

Finally! Lefty’s Tavernacle is here! This collection of funny, heart-rending, tragic, and life-lesson tales about a group of colorful misfits in a small fishing village in the Pacific Northwest brings to life a raucous period in the freewheeling 1950s and ’60s on the Oregon coast.

The 20 stories in Lefty’s Tavernacle are centered around Lefty’s Tavern, the only drinking establishment in the isolated village of Chickamin Bay. Every Sunday morning, Lefty’s booths become pews, its bar stools become balcony seats, and the jukebox music switches from country-western to praise-the-lord hymns. Yes, the tavern is miraculously transformed into the gathering place of Bible-thumping church-goers led by Reverend Wright Turkington. But all is not well. In the words of fiery little Annie Pritchard, “The sooner we can get out of this den of iniquity, the better.” Will a hurricane and crashed ship give them the lumber needed to build Reverend Turkington’s “dream” church? Or will battles between fishermen and bikers, the ridiculous actions of two town drunks, or the desire of the Arago Indians to have a longhouse scuttle their plans?

Here’s what early reviewers have said.

“What a time this must have been. I wish I could have been there.”

There are more colorful characters here than in

“Did any of this really happen?.”

Whether as a gift or for your own reading pleasure, you’ll find both the print version and e-book available on Amazon.com right now. 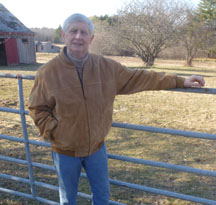 Lefty’s Tavernacle is a book I’ve been working on eagerly for the past two years. It’s allowed me to reminisce and research my own background from the time I was in the first grade.

I grew up in a fishing village similar to Chickamin Bay. My dad owned the only tavern in town, and we lived in the back of it for a number of years. People always seem to have enjoyed the stories I told about my upbringing in this isolated little town of 500. So I put all of my memories into a huge shrimp boiling pot, stirred them up, and spit out a fictional rendition that hopefully gives some life to what it was like growing up among fishermen and loggers who fought hard every day to earn a living. I wouldn’t have traded it for the world!

READ MY AUTHOR PAGE ON AMAZON.COM!

Have You Read My Other Novels?

With Which the Waters Swarm

The Ages of Oosig is the story of a boy growing up on islands in the Pacific. As he progresses through the six traditional stages from childhood to adulthood and on to the Sky World, Oosig faces an ongoing series of exciting and life-threatening adventures. Killing a shark, saving his cousin in a typhoon, and carving the most perfect piece of stone money make him a legend and a great warrior. His biggest challenge, however, is winning the hand of his true love against the wishes of her father, the Great Chief of the Cloud Island.

Thank you for supporting new authors.

COMING SOON! Chickamin Bay involves many of the same colorful characters and has the same setting as Lefty’s Tavernacle. It is told from the viewpoint of Jack Richards, who returned to Chickamin Bay to help his father, Lefty, move into an Alzheimer’s Care Unit. While Jack is home, memories haunt him of his up and down childhood with his father, as well as adventures he had in the sand dunes, on the ocean, and in the village itself. Filled with humor, pathos, and serious messages, Chickamin Bay deals with the heartache and euphoria of a man conflicted over his relationship with his father.

At www.sigsby.com, you’ll find more about all of my books as well as descriptions of my next book. Send me an email with comments on these books and other subjects you’d like to read about. And don’t forget to watch for my upcoming books about the fictitious Chickamin Bay, a lively fishing village filled with colorful characters and exciting adventures.

I hope you will continue to receive my emailings about my writing. I’d love it if you would tell your friends to sign up too. Or tweak them on social media. If you don’t wish to continue receiving updates on my writing, simply click on the link below and your email address will be removed from the list.

Purchase my print and e-books at

[If you’re into science fiction and fantasy, I encourage you to consider Elthea’s Realm and Elthea’s Gambit, two gripping novels by John Murzycki.]